We're Getting Mutants in the MCU - The Loop

If you don't want to die, just call her Charm.

Probably 13, since Bethany jumped her out one year later

Superhuman strength through her cyborg limb, excellent knowledge of science and everything in general, skill with ray guns

A known sister and mother, deceased for most of the series but alive thanks to Kara at the end of Worlds Apart

"Honestly? It's been you. Without all that arrogant bragging and those clever jokes, I actually don't hate you... at least not as much."

---- Charm to Owen in Story Thieves

Charm Mentum is a fictional Quanterian cyborg girl written into the Kiel Gnomenfoot series. For her first six books, she plays a major role in helping and being annoyed by Kiel as they obtain the first six keys to unlock the Source of Magic.

In Story Thieves (through Kiel Gnomenfoot and the Source of Magic) Owen Conners is instead the person Charm accompanies on several adventures to obtain the Seventh Key. On her way to Quanterium with Owen (who she still believes to be Kiel), her spaceship, the Scientific Method, is shot down, resulting in Charm being fatally wounded to protect Owen. She later gets a doctor as is restored to her cyborg self and, after freeing Kiel from his execution, goes on to unite the people of Quanterium and Magisteria on one planet, where she uses magic to restore her arm, leg, and eye.

Before being elected president of Quanterium, Charm is jumped out of her book by Bethany and helps her and EarthGirl defeat The Dark in Story Thieves: Secret Origins.

In Story Thieves, Charm and Owen (disguised as Kiel) are in Kiel Gnomenfoot and the Source of Magic, where they discover the 7th key and the Source of Magic, going through the First Computer and the tomb of the first Magic User to get it. In an Epilogue (taking place five years later), she is the President of Quanterium, and sees Owen in a crowd, waving at her.

In the Stolen Chapters, Owen thinks about her while going on his adventure trying to save Bethany and trying to stop Doyle and Fowen.

She doesn't appear in Pick the Plot.

In Worlds Apart, it is revealed that Charm was making a Possibility Ray to stop Nobody, but he stole it and destroyed Quanterium. She and her people went looking for help in Magisteria, where the Magister trapped them in books and sent them to the Nonfictional World. There, Fowen, now the Magister's Apprentice, put them in the library, but they weren't freed from the books for years.

In the future, the Quanterians are freed but are then captured by Dr. Verity, when he tricks the nonfictionals into thinking that they are an invasion force. Owen frees her and then reveals that when they found the 7th Key, it was him there, not Kiel. Because of this, for the next part of the book, Charm is angry at Owen and mistrusts him. They escape Dr Verity's tower and head to Magisteria, where Dr .Verity is attempting to kill the Magister,when Nobody appears.

Dr Verity uses the Possibility Ray he stole from Charm to attack Nobody, which causes him to morph and almost die, but because of his fictional anchors, he survives and turns Dr Verity 'decent'. Nobody captures the Fictional and Nonfictional Bethanys, so Owen, Kiel, Charm, and Kara Dox go to rescue her. One by one, they get split up, until it's just Owen and Charm facing the Bookwyrms. Charm is almost killed, but Owen comes back to save her. They head off to face Nobody, but then Fowen shoots Charm with the possibility ray and she disappears, turned into pure possibility. After this, Owen and Bethany (now one person) defeat Nobody, and rebuild the world, including Charm.

In the rewritten Epilogue for Kiel Gnomenfoot and the Source of Magic, Owen is Charm's head of Magisterian and Quanterian relations. In the crowd, now instead of Owen waving at her, it's Fowen, with the Countess and Dolores from Pick the Plot, who escaped the Jules Verne Memorial Time Prison. It is implied that Owen and Charm go after them with help from Kara.

Charm's appearance is not really described in the series. We do know she has one robotic eye, arm, and leg. The rest of her is human. James said on his blog that her hair color is "probably brown", however it is not written in the books themselves and is only as canon as you wish. 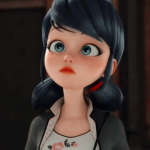 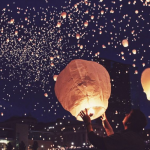 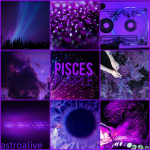